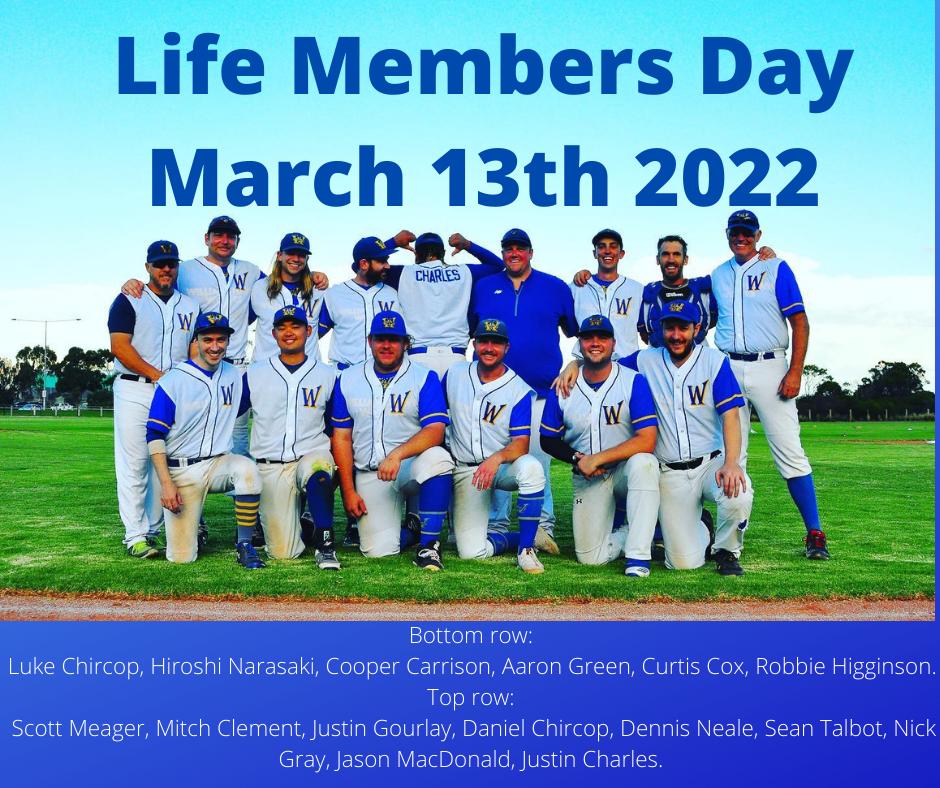 Life Members Day 2022 was a great success. The sun was shining and attendance by past players and Life Members was better than it has ever been. It was a special and emotional reunion for many. It was a chance for old friends to reconnect who hadn’t seen each other since well before COVID-19 changed all our lives back in March 2020. And while the club hasn’t performed as well on the field this season as we would have liked, impacted no doubt by a shortened preseason and injury, on Sunday all four senior teams had a win.

The senior playing group, headed up by club coach Aaron Green, organised and financed vintage-coloured jerseys featuring the names of the Team of the Century players on the back. This team was compiled by Life Member Les Flower for our centenary in 2008. The 1’s and 2’s played in these jerseys, and it was this initiative that drew the crowds to Greenwich Reserve on Sunday and set the tone for a wonderful day.

Between the games, as Club President, I welcomed everyone to our event and spoke about the importance of our club’s history and then handed it over to Nick Gray a senior’s player and our Club Social Manager. Nick did a wonderful job introducing the Team of the Century Players who were present on the day. These men and women were invited to come stand on the field where they were met by a current player wearing their jersey. We then had a ceremonial first pitch by Warren Smith who was standing in for his son Luke Lawry a Masters Player now and the owner of LL Installations, a club sponsor, along with Neil Pedretti a member of Team of the Century.

“It was wonderful to see so many supporters and Team of the Century members at the ground on Sunday. Great friends and memories. And good wins by the teams. A fantastic day all around.”

Justin Charles is one of the few Team of the Century members, who up until Sunday, was still active. (Glen Hardy has been on the unavailable list most of the season due to injury and Jennie Moloney is still scoring even being invited to the last Olympics). Charles announced quietly to his team mates right before his game, that Sunday was his last. Charles has done it all, including a successful career in the U.S. playing baseball and here in the ABL and in the AFL. Charles now 50, says that, with the exception of a Division 1 championship for Williamstown, he feels he’s done it all.

“I’ve just loved being back at the Wolves, now it’s time to give back to my family, my daughters, and to the team off the field.”

Justin Charles – Team of the Century

On behalf of the committee, I’d like to thank everyone who contributed to Life Members Day 2022, it was certainly a team effort, and an event everyone will remember with pride. On Sunday we showcased our wonderful club culture, which will continue long into the future. As we wind up the season and look forward to next summer season 2022/2023 free from the impacts of COVID-19, we wish good luck to our teams who have made the finals this year; our 3’s, our 4’s, and our U14’s, and our U16's!