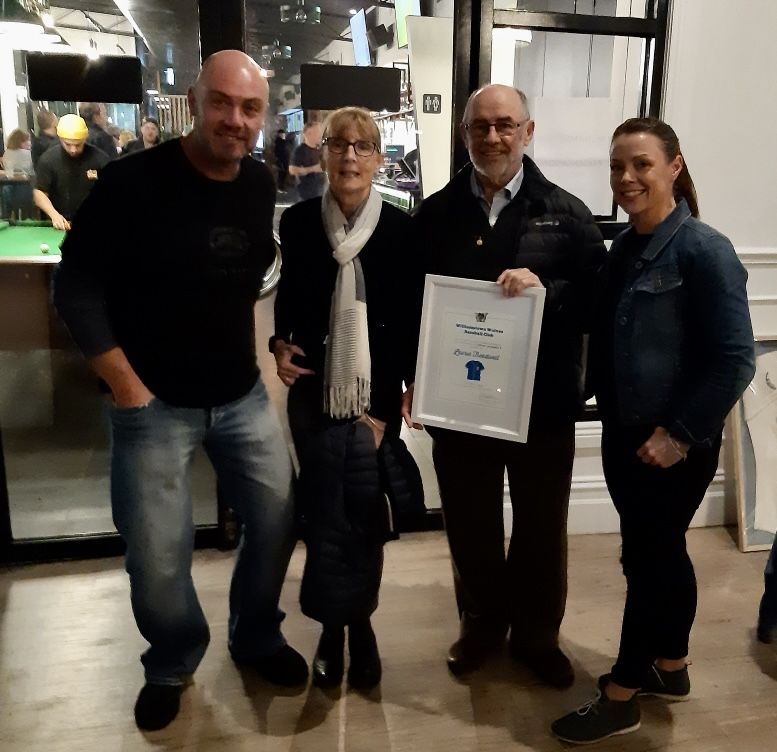 Another highlight of the evening was when Justin Charles made an unscheduled presentation of a prized bat to his junior coaches Ray Baker, Marty, and Neil Pedretti. Charles said he was proud that he started and ended his playing career at Williamstown, having played his last senior game this summer, and wanted to honour his junior coaches from Williamstown who instilled in him a deep and lasting love for the game of baseball.

Club Coach Aaron Green awarded Mitch Clement the 110% award for his commitment to the club, on and off the field. Michelle Sadler awarded Aaron Green Club Person of the Year for 'bringing value to the club, for stepping up to the plate, and going over and beyond his promise to the club.'

Many thanks to Stewart Cassell, Nick Gray, Jo Tyers, and James Dann for making this year's celebration a wonderful event.